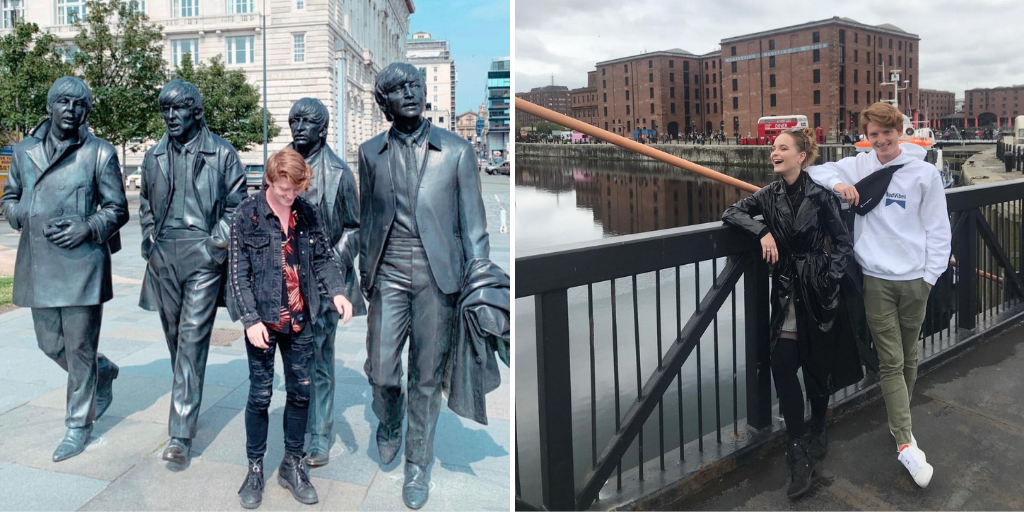 This week Marketing Liverpool is hosting several prominent bloggers and Instagrammers from France and Spain.

First we have two French influencers, Estelle Postansque and Elliott Smith, who are both on a Beatles-focussed trip to the city to tie in with the launch of Danny Boyle’s new film Yesterday. They are staying at Hard Days Night (of course) and hearing first-hand from some of the people who work in the music tourism industry in the city, as well as taking the Magical Mystery Tour to all the Beatles landmarks in South Liverpool.

Then, we are also welcoming an influential Spanish blog, Los Traveleros. Their focus is on Liverpool as a city break destination, building on its popularity in Spain and the many routes for Spanish visitors to get here. We have prepared an itinerary which sees them visiting many of the most popular attractions in the city, including the Royal Liver Building 360 and cathedrals, as well as new arrivals such as Keith Haring at Tate Liverpool and Junkyard Golf. Keep an eye on their Instagram stories to see what they are getting up to.