The Beatles Story celebrates another year of record-breaking attendance 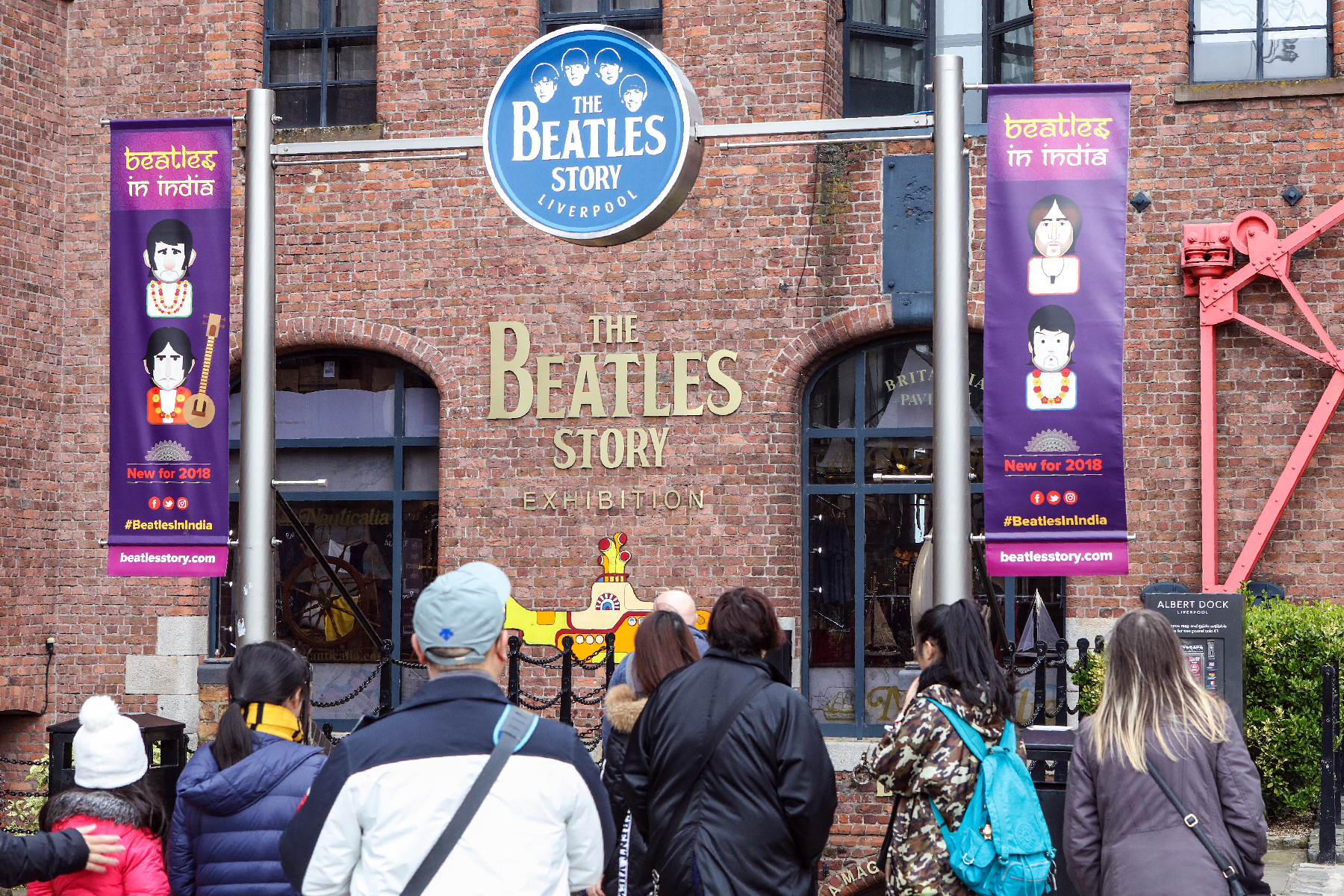 The Beatles Story welcomed a total of 306,241 visitors to its exhibition during the 2017/2018 season, breaking attendance records for the fourth year running.

Results show that it has been the best-ever year for attendance at the award-winning attraction based on the UNESCO world heritage site of the Albert Dock, with further success expected in the coming year. In the previous financial year, The Beatles Story welcomed 284,462 making this year’s figures around a 7.5% improvement.

The majority of visitors travelled from overseas, with the attraction experiencing further growth from international markets, now representing 80% of total visitors. To cater for international visitors, The Beatles Story offers multimedia guides with every ticket purchased and are available in eleven languages including Brazilian Portuguese, English, French, German, Italian, Japanese, Mandarin, Polish, Russian, Spanish, and NEW for 2018, the North West of England’s first ever Korean language guide.

The successful year continues with the top Liverpool attraction being shortlisted for ‘the People’s Choice’ at the Liverpool City Region Tourism Awards, which they won in 2017 and is the only category at the awards which is voted for by the public. The attraction has also been selected as a finalist at the 2018 Group Travel Awards as ‘Best Attraction for Group Visits’, judged by industry professionals.

The attraction continues to re-invest profits into the business, developing its products and services to ensure that its growing number of visitors have a valuable and memorable experience. In February, The Beatles Story launched a new exclusive exhibition to celebrate the 50th anniversary of The Beatles’ trip to Rishikesh, India. ‘Beatles in India’ takes visitors back to explore this key and relatively secretive part of the band’s story with memorabilia, immersive imagery and exclusive interviews from people who were there with the band in 1968. The new exhibition is the only one of its kind in the world, gaining global press coverage since its opening.

To continue its growth, the attraction has recently extended its opening hours, now staying open later into the evening to accommodate visitors during the peak summer season. There are also plans to further improve the welcome centre to accommodate larger groups as demand increases.

“We are delighted to have broken attendance records for the fourth year running. We have an amazing team whose hard work and dedication in providing a world class visitor attraction shows in our growth year upon year.

“We will continue to invest in our people and the business to ensure that we remain a leading attraction welcoming visitors from all around the world to the wonderful city of Liverpool.”

“The Beatles Story is a fantastic asset for the city region, and has played an important role in our continued growth as a visitor destination. It is always looking to evolve, whether that’s through bringing in new exhibits, adding more languages to the audio guides or targeting new markets. As such, it’s no surprise to see it go from strength to strength, and I’d like to congratulate all the team who’ve made it happen.”

To find out more about The Beatles Story and to purchase tickets, visit: beatlesstory.com